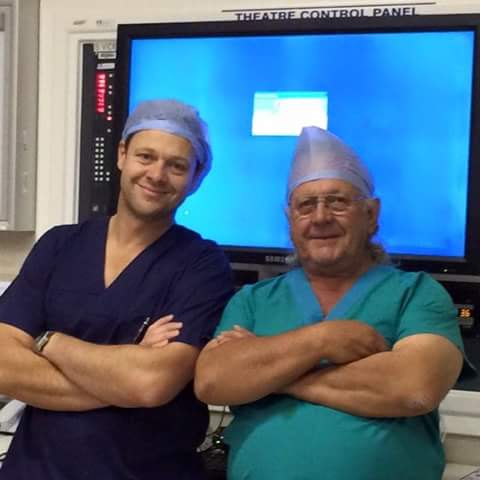 Dr Dewald Coolen matriculated as head boy and top matriculant from Klerksdorp High School in 1995 and went on to study medicine at the University of the Free State. He graduated in 2001 and completed his houseman year and community service at the Rustenburg Provincial hospital. It was during these years that his interest in surgery first elicited, as he thoroughly enjoyed  assisting both the state and the local private practice surgeons.

Upon completing his community service, he left for the UK in 2004 where he practiced as a Resident Medical Officer in hospitals in Ashtead and Surrey in England.  He also practiced as an emergency doctor in Den Helder Ziekenhuis, Den Helder, the Netherlands, up to the end of 2005, when he accepted a post to specialize in General Surgery at the University of Stellenbosch.

During his years as a registrar he was selected as the South African Registrars Association’s representative at the South African Medical Association (SAMA). He was also involved in numerous medical trials, and whenever possible, continued assisting experienced surgeons.

Dr Coolen entered private practice in 2010 in both Medi Clinics Paarl and Panorama, where he joined Dr Ettienne Myburgh and gained valuable experience in head, neck and breast surgery.

Towards the end of 2012 he embraced a valuable opportunity to take over the practice of veteran surgeon Dr AB Marais, at Vergelegen Medi Clinic in the beautiful town of Somerset West.  In his free time he enjoys mountain biking, golfing and drinking good wine and he is a devoted Top Gear fan. He is married to Suzanne and they have two boys, Jonathan and Nicolas.